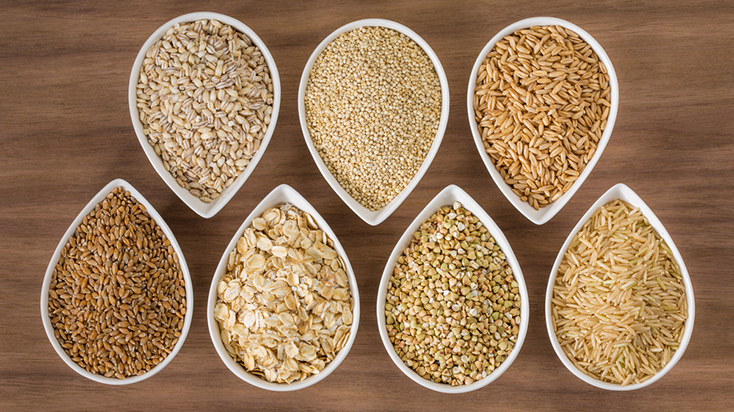 Tiny nutrition powerhouses, whole grains are super sources of energy. Ask a nutrition expert, and they’ll tell you that if you’re eating grains at all, choose whole grains most often. Why? Because whole grains have not been processed, which removes good-for-you components and increases shelf-life. They are also higher in fibre (which helps lower blood sugar and cholesterol levels as well as keep you regular), vitamins like A and E, and heart-healthy minerals like magnesium, potassium and phosphorus than their refined counterparts.

These days, there is an abundance of whole grains on the market, but a handful stand out for their versatility, simplicity of preparation and great taste and texture.  Here’s the low-down on a few of our favourites. 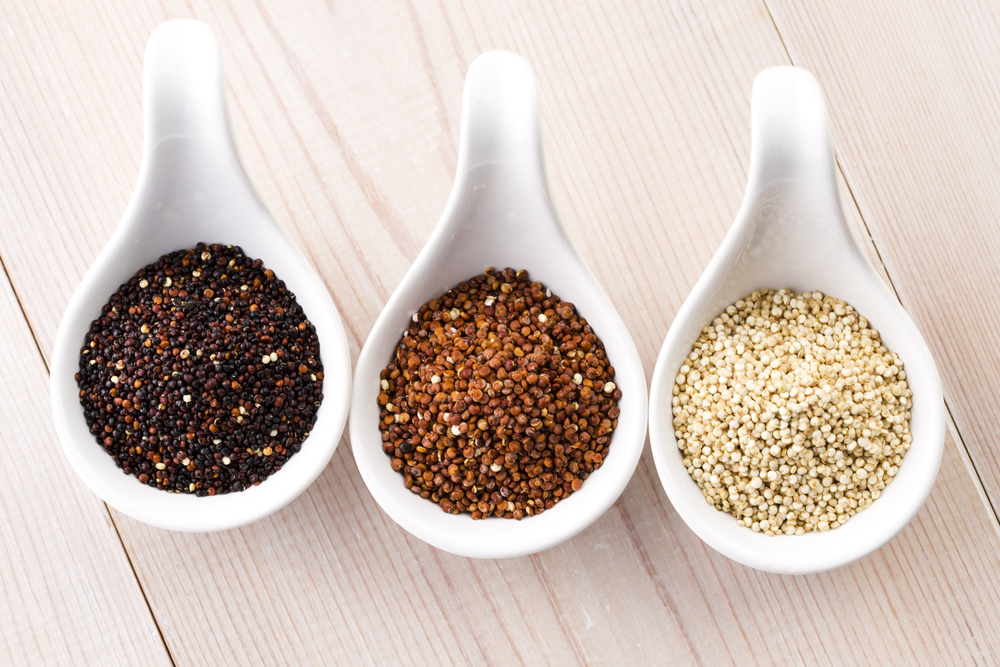 This gluten-free ancient grain was a staple in the Incan diet and was said to give warriers the strength and stamina they needed to defeat their enemies. As far as grains go, quinoa has one of the highest amounts of protein and contains all of the essential amino acids for good health. Quinoa cooks super fast (about 10-12 min) and absorbs flavours really well. Try making a savoury salad or a nutty breakfast bowl with this super-grain! 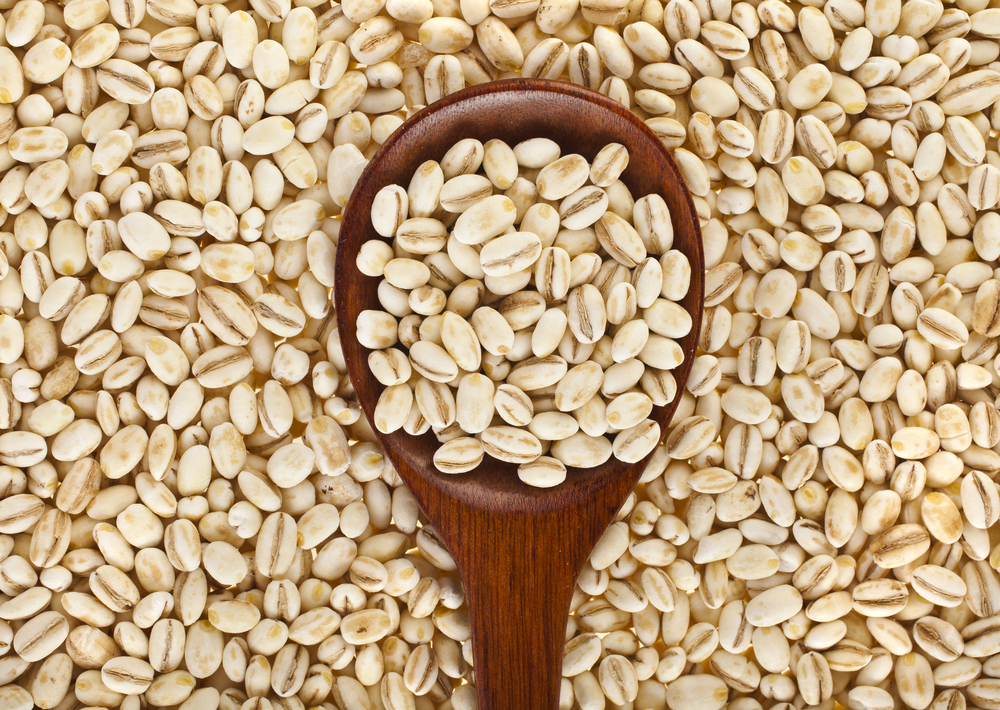 Tender and chewy, barley stands up really well in soups and stews, but can be simmered and served as a side dish in its own right. Barley is a great complement to meat but also crunchy vegetables, nuts and seeds (think: salads)! Whole grain barley has a tough hull and takes longer to cook, while pearled barley has the bran removed (not technically a whole grain) and releases some of it’s starch into whatever liquid you cook it in, so it’s a great thickener and makes for a delicious risotto! Not gluten-free. 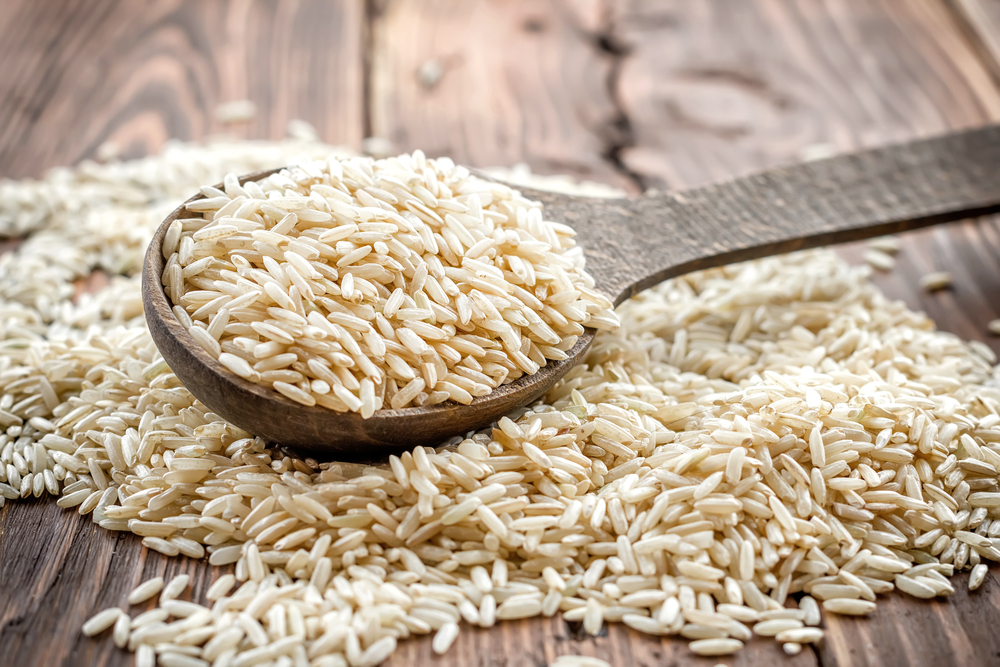 A go-to favourite for many Canadians, brown rice has a mild, slightly nutty flavour and tender texture, making it a great grain for stir fry dishes and pairing alongside seafood. Brown rice is slightly lower in calories than some other grains, but still packs a healthy protein punch, is rich in fibre and contains plenty of selenium, manganese and B vitamins. Gluten-free. 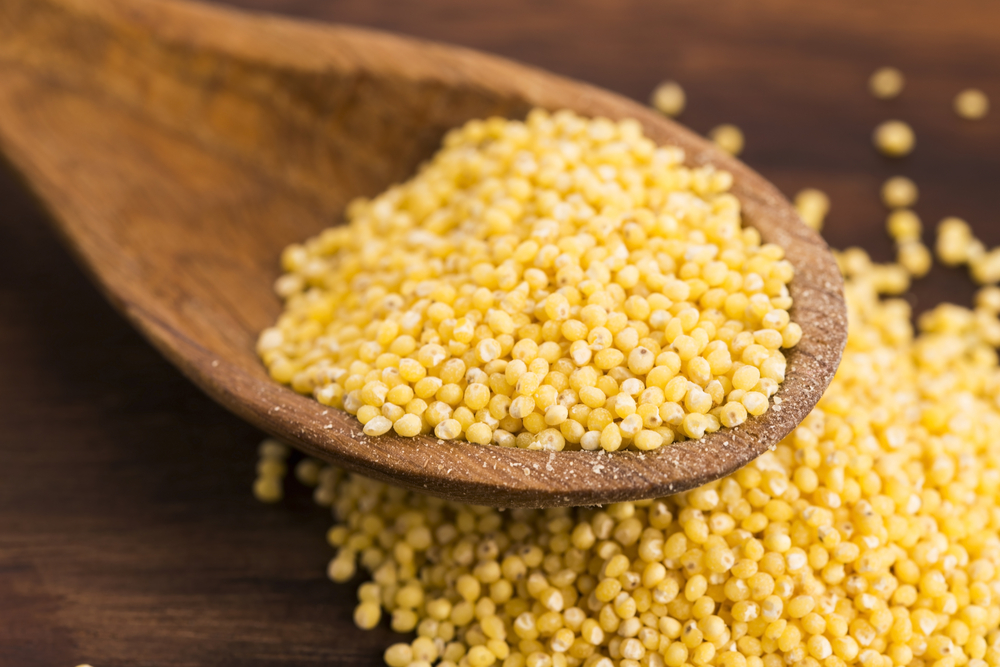 A great “intro” to whole grains for those who love the white stuff. Millet is not actually one grain, but rather a family of grains. Light, fluffy, and slightly sticky when cooked, millet almost tastes like it’s made of white flour but it’s actually gluten-free. Millet is naturally rich in antioxidants and minerals like magnesium for heart health. Boil millet for 12-18 minutes, let it stand covered for 10 mins until it absorbs all the liquid, then fluff it with a fork. Enjoy in your next pilaf or try it in a stuffing! 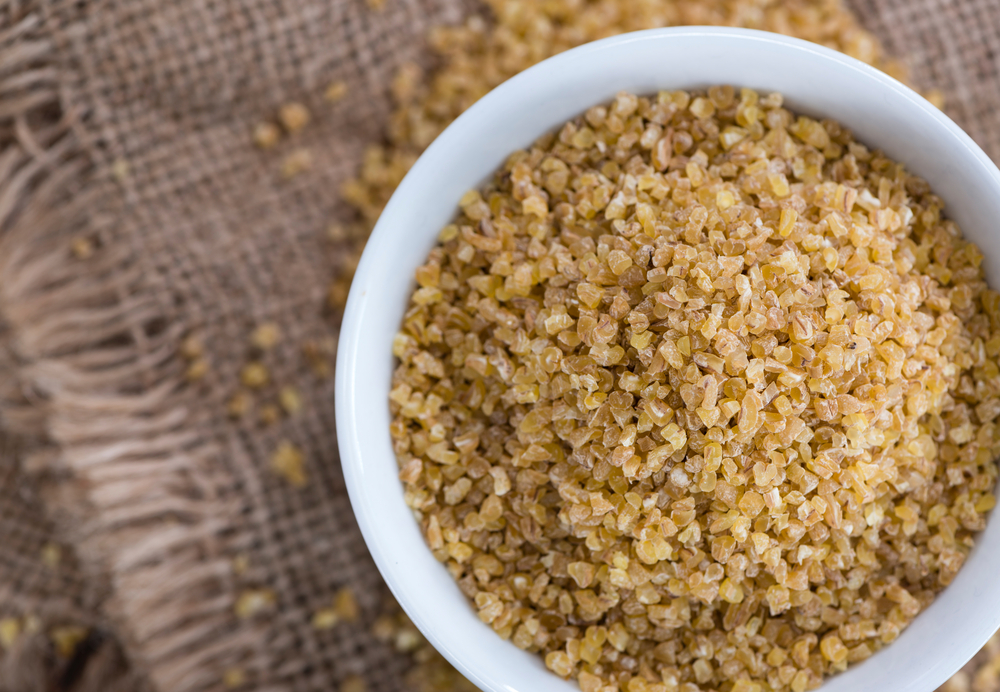 Despite it’s exotic name, bulgur is actually a type of whole wheat that has been partially cooked and cracked up into tiny bits. Despite this, bulgur is actually higher in fibre than quinoa, oats and millet! Thanks to its rich, nutty flavour and hearty texture, this super-grain is great in hot or cold recipes, from breakfast bowls to tabbouleh and other cold grain salads. Bonus: since it’s parboiled, it cooks super fast in about 10 mins! 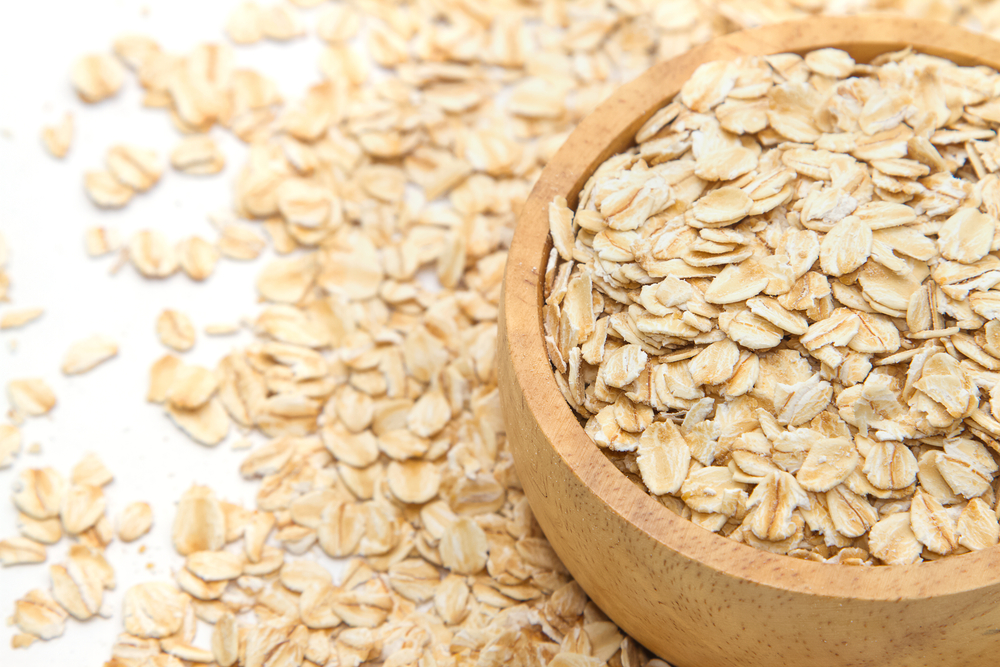 Traditionally thought of as a breakfast grain thanks to their slightly sweet taste, you can actually cook oats sweet or savory (kind of like corn). Whole grain oats, especially steel-cut oats, are super-hearty and chewy, and can be served with savoury dishes just like you would serve rice. Oats are rich in soluble fibre, including special type of fibre called beta-glucan, which helps to lower cholesterol levels. Oats are also a rich source of antioxidants. 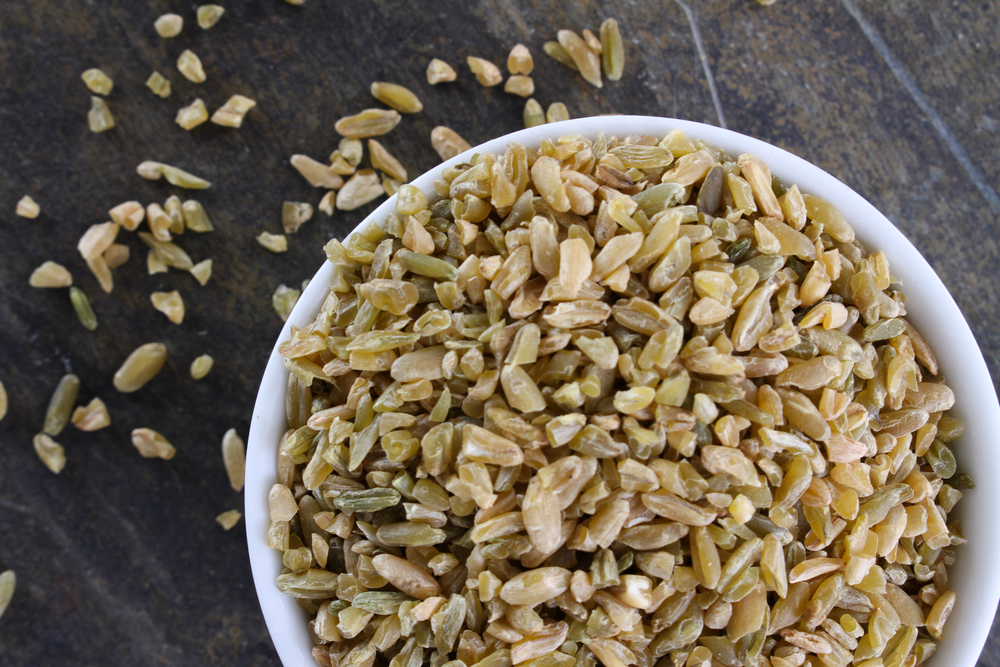 The buzz about freekeh has been growing steadily, and here’s why. Freekeh (pronounced “free-kah”) is not really a type of grain at all, it’s actually just wheat (or sometimes other grains) that is picked when it is very young (still green), parched and roasted, then rubbed off the plant. The benefits: since they’re so young, freekeh grains are packed full of nutrients like fibre and protein to keep you full and satisfied. Freekeh is also said to be lower on the glycemic index versus regular wheat, meaning it won’t spike blood sugar levels compared to other grain products. With a firmer, nuttier texture and taste, freekeh is great in cold salads, soups, or pilafs and cooks quicker! Remember: since freekeh is usually made from wheat, it is not gluten-free.

Dorothy Lyons is a Toronto-based Registered Dietitian and Professional Home Economist. She loves helping others rediscover the joy of food, feel good about their choices, and achieve the best health possible! Learn more about Dorothy on her website.