WellBeing by Well.ca | 7 Reasons You Should Consider Cloth Diapers
Mom Blogger Devan McGuinness delves into the reasons why you might want to give cloth diapers a try. Keep an open mind and get your read on!
baby, green, mom, products, cloth diapers, waste
1372
bp-legacy,post-template-default,single,single-post,postid-1372,single-format-standard,qode-quick-links-1.0,ajax_fade,page_not_loaded,,qode-title-hidden,vss_responsive_adv,qode-content-sidebar-responsive,qode-child-theme-ver-1.0.0,qode-theme-ver-11.1,qode-theme-bridge,wpb-js-composer js-comp-ver-6.10.0,vc_responsive,no-js
Diapering & Potty


7 Reasons You Should Consider Cloth Diapers 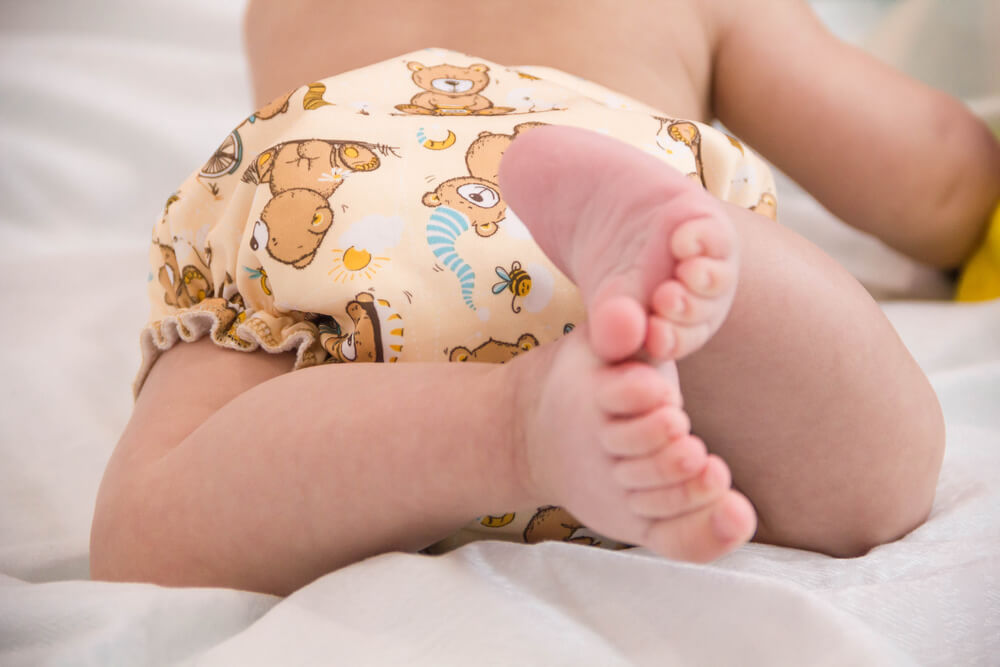 If you had asked me 8 years ago when I was expecting my first child if I was going to cloth diaper, you would have received a very quick answer: “no way!” I had no experience with cloth and didn’t know anyone who used cloth diapers, and I just couldn’t understand why anyone would choose something that seemed to require a lot more work, and for what?

As my circle of mom friends expanded, I talked to a lot of families who did choose to cloth diaper—for a variety of reasons—and it really opened my eyes to many misconceptions I had about cloth diapering. It no longer seemed like it would be a lot more work and there were huge benefits I didn’t take into account before.

Since conceiving our fourth child took longer than we had hoped and our other children were years out of diapers, cloth diapers is something we passed on again, but only after a lot of consideration. We fell between a spectrum of disposable vs. cloth and landed on all-natural disposable diapers (Naty by Nature is one brand we love) and chose to use cloth wipes. It’s the best of both worlds for us, but if you’re on the fence about choosing to cloth diaper, or wonder why anyone would like I did – there are some things you should consider cloth diapers.

When you’re first looking at the cost of cloth diapers, it may seem far more costly, but if you consider how many times it will be re-used, it is so much cheaper. According to an article on cloth diapers featured on CBC.ca, the average cloth diapers investment is about $300, but that’s it. If I average out the cost of disposable diapers, using rounded, rough numbers (I pack of $15 diapers purchased every 2 weeks), the yearly cost is about $390, and that would be each year until the child is potty trained. You’ll save even more money if you use your cloth diapers for additional children, and they do last that long!

2. They’re good for the environment

There are diapers on the market now that are made free from plastic, but the typical disposable diaper contains a load of plastic and chemicals. Environment Canada estimated in 2008 that a typical disposable diaper takes 500 years for it to decompose in a landfill and that adds up when you think of just how many diapers one child will go through in their young childhood. Some people say that when you factor in the cost of washing and trying your cloth diapers that the environmental impact is the same as disposable, but there are ways to reduce your footprint when washing diapers at home – like washing in cold water!

One reason we seriously considered cloth diapers with our fourth child was because he developed a significant chemical burn when using traditional diapers. Our older children never had any issues with skin sensitivity, but it was clear our baby did! Since he was our last, we were hesitant to switch to cloth, but it was the next step if the methods we took didn’t do the trick. If you have sensitive skin in your family and your baby reacts to traditional diapers, cloth diapers can be so much kinder on a baby’s delicate skin.

4. They will actually help you with laundry, not hinder

One of the big reasons I was opposed to cloth diapering was I was afraid it was going to add to my least-favourite house chore: laundry. I can’t seem to keep on top of the chore as it is and the idea that if I didn’t keep up with the diaper washing – baby was going without a diaper kept me from entertaining the thought. All that changed when we switched to cloth wipes because what I realized was because I had to wash them so they’re ready when I need them – it helped me develop a laundry schedule and for the first time ever, I kept to it. So, while it may seem like it’s going to add to your laundry, what I found was it was the straw that made me figure it out and prioritize the work.

5. Cloth diapering is probably not as difficult as you think

I like things to be as easy as possible – don’t we all? When it comes to diapering, I don’t need the process to be more complicated than it is. I mean, have you ever tried to wrestle a baby down who has just figured out he can roll over and not make the whole mess messier? I didn’t want to complicate the process with cloth diapers, but turns out – it’s not more complicated than disposable diapers.

Unlike disposable diapers, cloth diapers come in a rainbow variety of colours and all sorts of fun patterns. While this feature doesn’t make diapering easier per say, the variety is an awesome perk you get from choosing cloth. There are solid brights in all colours, classic patterns like plaid, playful patterns, and the options are endless.

There is something about the cloth diaper bum that just makes an adorable baby that much cuter. Cloth diapers are thinner than they were in the past, but that soft cloth does mean an extra adorable, fluffy baby – and who doesn’t love that?!

Do you or will you be using cloth diapers for your babe?

Devan McGuinness is the editor-in-chief and founder of byDevan.com. Previously blogging at AccustomedChaos.com, Devan branched out to start byDevan.com — a resource for busy people who still want time for exceptional. She has been married to her high-school sweetheart for 10 years and they are parents to 4 children, who they home school. Diagnosed with celiac disease and casein intolerance, the allergy-friendly recipes on byDevan are real meals she and her family actually eat at home.